A Washington, D.C.-based naval command faced a retention problem. Its civilian employees rarely stayed on the job for more than two years. Why were they leaving? Did this professional revolving door result from low morale, job dissatisfaction or disillusionment with the Navy?

The reason employees were leaving was simpleâ€”traffic. The D.C. region is known for its horrendous rush-hour commutes. Many of the commandâ€™s civilian staff could not afford to live in D.C. itself and had to spend hours traversing congested roads from neighboring suburbs.

Navy Illuminate is a prime example of the creativity and collaboration underlying the Department of the Navyâ€™s (DoN) new Naval Expeditions (NavalX) Agility Office, which was created by the Hon. James Geurts, Assistant Secretary of the Navy for Research, Development and Acquisition.

The mission of NavalX is to empower Sailors, Marines, and DoN civilians with the tools to deliver ideas into action. This will enable every organization to better connect Sailors and Marines who have innovative ideas with experts who can experiment with those ideas, invest in them or help turn them into something tangible for the Navy and Marine Corps.

In the case of Navy Illuminate, the workshops are geared mainly toward fostering smoother, more transparent communications between different naval stakeholder groups. Innovation not only deals with technology, but also enhancing organizational processes, engagement and partnershipsâ€”like the example of the teleworking employees in Washington, D.C.

The workshops can be adapted to any audience and rank and have participants all the way up to four-star flag officers. Participants brainstorm on concerns outlined by a commandâ€™s leadershipâ€”and develop solutions through multiple problem-solving and team-building exercises.

Capable of hosting 12-40 participants, Navy Illuminate workshops can be configured into one- or two-day affairs, or even executive and leadership offsites. 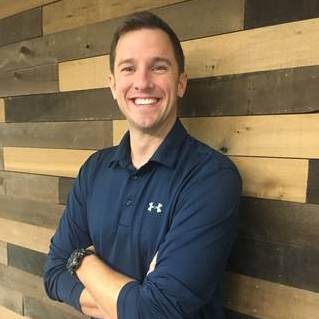 â€œWe really try to promote ownership among Sailors and Marines, especially in the junior enlisted ranks,â€ said Wilkens. â€œWe tell workshop participants not to wear uniforms to maintain rank neutralityâ€”itâ€™s a lot easier for a junior sailor to share ideas when they arenâ€™t intimidated by the rank of their audience.

â€œWe often see junior sailors making recommendations to officers on how to approach a problem,â€ she continued. â€œWithout the rank, communication is more free-flowing.â€

Since its inception in 2016, the Navy Illuminate Program has spread to multiple chapters and held over 250 workshops worldwide, with a total of more than 6,500 participants.

â€œIâ€™m a supply officer by training, and while itâ€™s been a satisfying job in the Navy, I sometimes feel like a cog in a big machine,â€ said Wilkens. â€œNavy Illuminate is much smaller, but you can see the direct impact the program is having. You can watch Sailors and Marines get excited about finding new ways to solve problemsâ€”which translates into positive change for their commands.â€

Warren Duffie Jr. is a contractor for Corporate Strategic Communications at the Office of Naval Research.