The Navy and Marine Corps are always looking for ways to turn the ingenuity of everyday Americans into the U.S. military's latest technologies.

The NICE ANTX is aimed at assisting the Navy and Marine Corps in concept development through the exploration of a wide variety of technology from industry and government labs. To achieve this, the Naval Research and Development Establishment (NR&DE) is now soliciting field-able prototypes to participate.

The NICE ANTX will be conducted on both physical and virtual ranges and will sharply focus on emerging components of Naval Warfare, such as Expeditionary Advanced Base Operations (EABO) in support of Distributed Maritime Operations (DMO).

There are several capability areas that are desired for experimentation:

Further descriptions are available within the Commercial Solutions Opening (CSO). 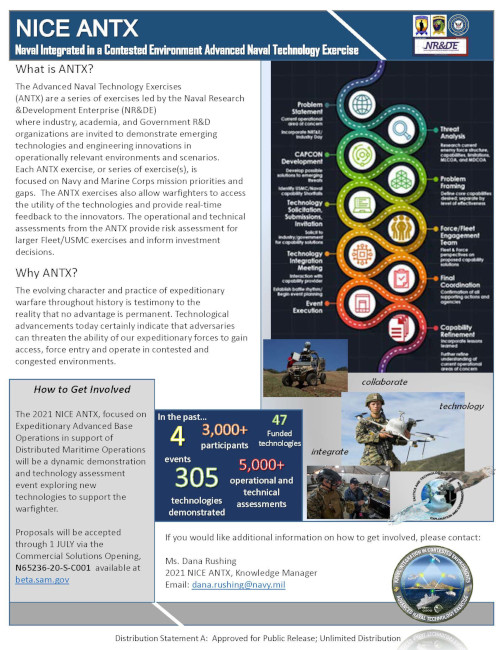 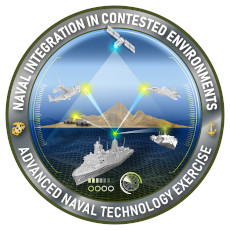